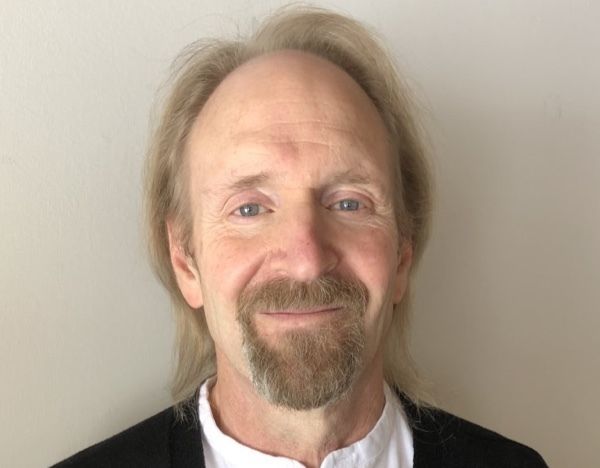 Dr. Roger Dumas is designing behavioral and neuro-imaging studies to support MIIR’s validation as a musical chill-identifying algorithm. As a Co-inventor, he is working with the Development Team to further refine MIIR’s capabilities by translating acoustic features of musical recordings into data.

Roger holds a PhD in Cognitive Science (University of Minnesota), an MA in Learning Technology (University of St. Thomas) and a BS in Music Education, (UofM). As a neuromusicologist, one of Roger’s many passions is studying the brain’s response to music. As an undergraduate in the early 1970's, Roger studied music theory by day and played keyboards and drums in local rock bands by night. In the mid-70's, Roger became a product specialist for synthesizer manufacturers ARP Instruments (Boston, MA) and Moog Music (Trumansburg, NY), writing owners manuals and patch books for the ARP 2600, ARP Axxe, ARP String Ensemble, Polymoog, Minitmoog and Moog Rogue. He was also asked to lend music technology assistance to ex-Beatle John Lennon at the Record Plant in Manhatten. Upon moving back to Minneapolis in 1976, he was hired by Sound 80 Studios to provide synthesizer programming for Cat Stevens and Gene Simmons (KISS) as well as local artists Willy Murphy, the Suburbs, Andre Cymone, and Herb Pilhofer.

In the late '70's, Roger was awarded gold and platinum records by the Recording Industry Association of America for his work in the recording studio with Janet Jackson, Lipps Inc. (Funkytown) and The Jets. In 1978, he introduced a 17-year-old Prince to the Oberheim, 4-voice synthesizer, drilling him for hours in the intricacies of analog synth programming. Their association continued over the years, with frequent sessions at Paisley Park to instruct Sheila E, the Revolution, and the New Power Generation in the use of cutting-edge music technology. These sessions led to collaborations with members of The Tyme, Maserati, Brown Mark, Andre Cymone, Jesse Johnson, Pepe Willie, Nick St. Nicholas (Steppenwolf) and others. In 1986, Roger opened a music technology store, The Roger Dodger Music Co., offering a wide assortment of synthesizers built exclusively in the U.S. by ARP, Moog, Sequential Circuits, Emu, Ensoniq, Alesis, Oberheim and Lynn. He later capitalized on the invention of the first affordable multi-track digital recorder, the Alesis ADAT, by forming another company known as RD Audio. Both firms were dedicated to helping people make music with electronics.

In his capacity as a Research Associate at the University of Minnesota's Brain Sciences Center, Roger has presented his work at conferences for the Society for Music Perception and Cognition, Neurosciences and Music, the International Conference on Music Perception and Cognition, and the Society for Neuroscience. He developed a multi-dimensional model of tonal pitch space, the P4 Helix' featured in his doctoral thesis — “Melodies in Space: Neural Processing of Musical Features”. Roger has also published an article in the Journal of Mathematics and Music titled “What Pre-Whitened Music Can Tell Us About Multi-Instrument Compositions.” Roger spends many evenings editing and mixing live multi-track jams (recorded pre-pandemic at his home studio), remotely with MIIR co-inventor and world-renowned music producer Gary Katz and recording engineer Wayne Yurgelun (Donald Fagen's "Nightfly").